How to Work a Trade Show 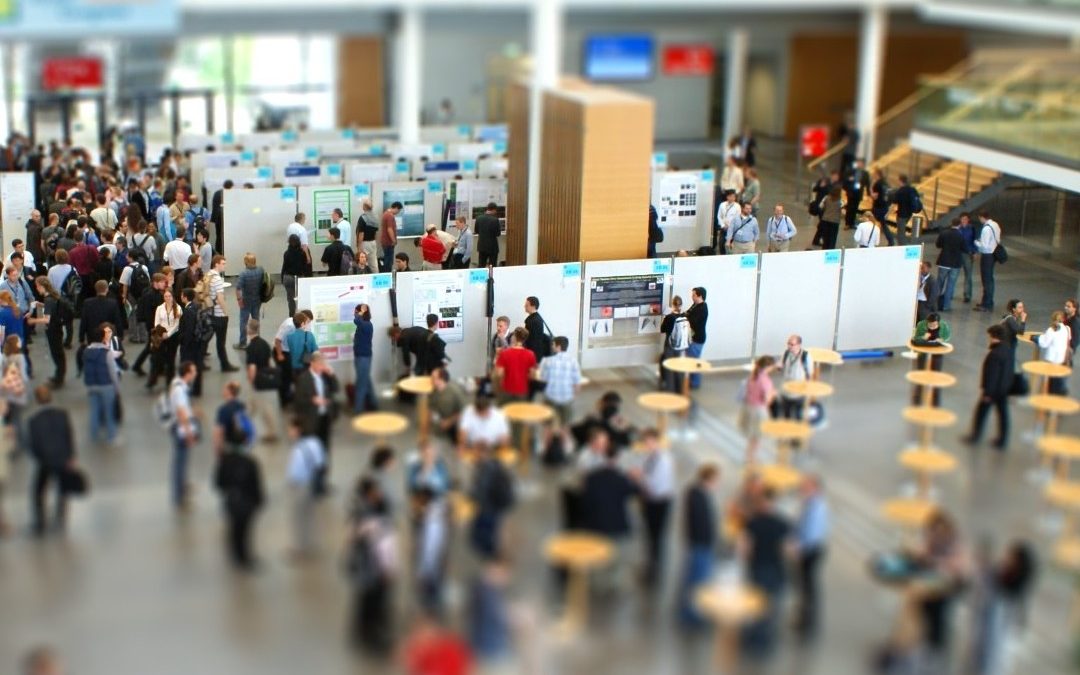 Attending trade shows is not a simple task. You need to be presentable, relentlessly wear a smile on your face, remain attentive, mingle with unfamiliar people and hunt for prospects, all in a convention hall that is usually closed. And if it’s a three or four-day affair, the trade show may become quite dull.

While there’s no escape, there are, however, a few ways to avoid this dullness and keep things exciting and alive.

The first thing you need to do is to have your arsenal at the ready. Load your mobile device with apps and integrations that can allow more time to network. Begin with a contact manager (iOS, Android) and a card scanner app (iOS, Android), in addition to the presentation, note taking and e-signature apps.

Second, prior to the event, obtain and scrutinize a list of keynote speakers and participants. Prioritize this list by those you most want to connect with and send them a short and simple message a week before the event, mentioning that you will be attending the event and it will be great to meet.

Third, compile a list of prospects who live in the same town as the trade show. Tell them your purpose of coming to the town and ask for a suitable time to meet.

These efforts will connect you with a few relevant people before the event even starts, enhancing your mood and preparing you to meet new people.

Finally, at least two days before the event, finalize the outfit for the trade show. You should look well-dressed and be comfortable, as you will be standing for good 6-7 hours.

With things in place, you are now all set to attend the event.

2. During the Trade Show

Reach the trade show a little early to get to know the sponsors as well as others who have arrived early. When you enter the show, make sure your badge is in sight.

Attend workshops, presentations, and speeches, and browse the show to find the prospects on your priority list and make sure to get in touch with them. Also, keep your mobile device handy to save relevant contacts, add notes and to deliver short presentations.

Remain attentive and take advantage of show specials as well as discounts. And be sure to check for any hidden costs. Also, don’t forget to take those must-have breaks to eat something and regain your energy.

And finally, do not linger for long at a single booth and try to avoid lengthy conversations with people you are not interested in. Smartly excuse yourselves and move on.

If it’s a three or four-day event, consider getting in touch with your main prospects on the first day and then follow-up during the event on the last day to take the relationship further. Most people won’t follow-up until after the event, so avoid the rush and follow-up before the end of the event. That way, your email may not get lost in the flurry.

Once you have exhausted your list, it is time to say goodbye but do not forget the promises you made and people you need to follow up with after the event.

3. After the Trade Show

The first thing to do after the trade show is to evaluate the costs and benefits of having attended. Analyze the time, money and effort spent on the show and the outcome. Make notes of what happened at the show- the prospects you met, promises you made, deals you closed, and things you believe can be done better the next time.

Second, do some research on your new significant prospects to discover their tastes and preferences. Gather some jumping-off points to suit your prospect’s tastes and make sure to follow up within 48 hours of the event. After two days, the prospect is unlikely to remember who you are. Hence, send a short and crisp follow up message to your prospects quickly after the show, thank them for their precious time and send them some useful content.

Finally, after five to six touchpoints, set up a time to meet and strategize how you will make it a win-win deal for both of you. Approach by first offering help and then later ask for a favor.

Follow these tips, and with the right planning, execution, and follow-up, you can ensure that your investment pays dividends in long run.